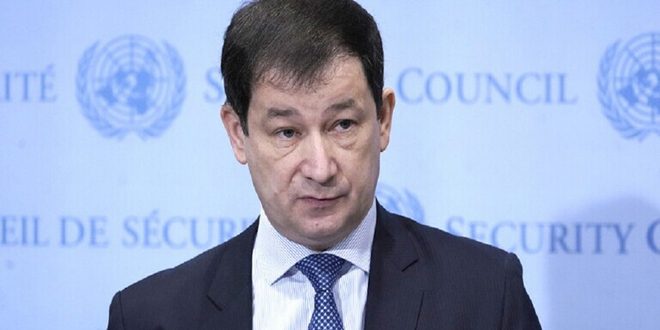 New York, SANA- Russia has renewed the call for the withdrawal of foreign occupation forces from Syria and the cessation of the attacks on its territories, condemning western countries’ support for terrorist organizations.

Polyansky added that Russia considers the withdrawal of illegal foreign forces from Syria and stopping strikes on its territory as the key to the solution to the crisis in it.

The US and the Turkish regime deploy occupying forces on parts of the Syrian territory, stealing its natural resources and supporting terrorist organizations as Syria has demanded their withdrawal, stressing that their practices amount to war crimes and crimes against humanity.