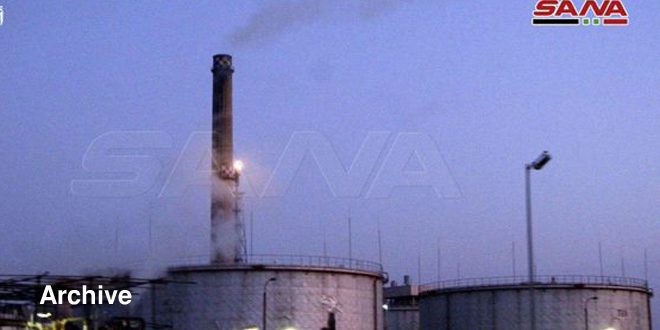 Damascus, SANA_ Four workers were injured as a result of a fire at the refinery of Banias, in the Syrian coastal province of Tartous, a source at the Ministry of Petroleum and Mineral Resources reported on Monday.

Director of the refinery, Bassam Salameh, told SANA that the fire was due to the leakage of hydrogen gas during the repair works at the Gasoline Improvement Unit at the refinery.

He indicated that four workers were slightly injured and were admitted to the hospital.

According to Salameh, the firefighters extinguished the fire and the refinery has returned to operation.