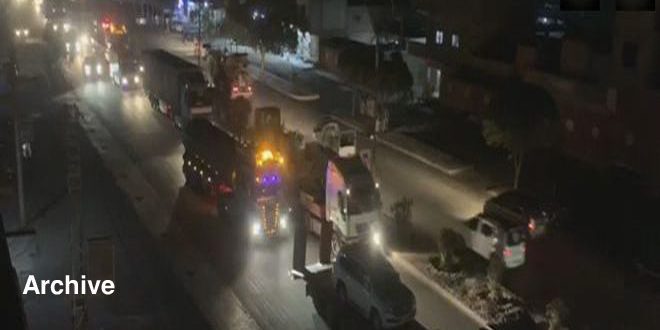 Hasaka, SANA_ The US occupation forces continued their violations of international laws and entered a new convoy of 35 trucks laden with military and logistic materials to its illegal bases and occupation points in the Syrian al-Jazira region coming from northern Iraq.

Civil sources said that 35 trucks entered the Syrian territories coming from Iraq through the illegal al-Walid crossing in al-Ya’rubia countryside, to the far northeastern of Hasaka, loaded with logistic and military materials, the majority of which went to the illegal base in Khrab al-Jeer airport in al-Malikiyah area.

The sources pointed out that the US occupation forces are reinforcing their illegal presence in the military airport of Khrab al-Jeer and other areas occupied by them through sending convoys to these areas periodically, loaded with logistic materials and military equipment.

During the past few months, the US occupation forces have entered thousands of trucks loaded with weapons, military and logistic equipment into Hasaka through illegal crossings to reinforce their presence in the Syrian al-Jazira region to steal oil, Syrian underground resources and major crops. 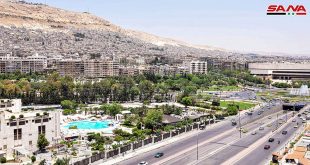 Damascus, SANA-Temperatures will notably drop to become around average or slightly lower in some areas …