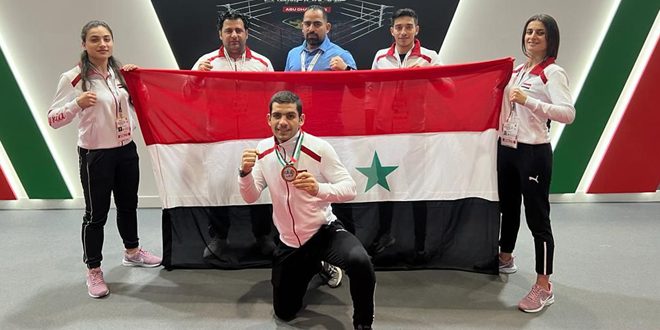 Abu Dhabi,SANA- The Syrian Alaa Abu Jaish won the bronze medal Saturday in the World Muay Thai Championship, or “the art of eight limbs”, which is currently being held in the UAE capital, Abu Dhabi .

The tournament is held with the participation of 1000 players representing 100 countries .

In a statement to SANA, the Secretary of the Game Federation and the head of the delegation participating in the tournament, Salman Issa, said that this Championship is the first participation of Syria abroad in this sport , and this tournament awards the winners of the various medals classification points, in addition to being qualified for the Olympic Games that will be held in France 2024 .