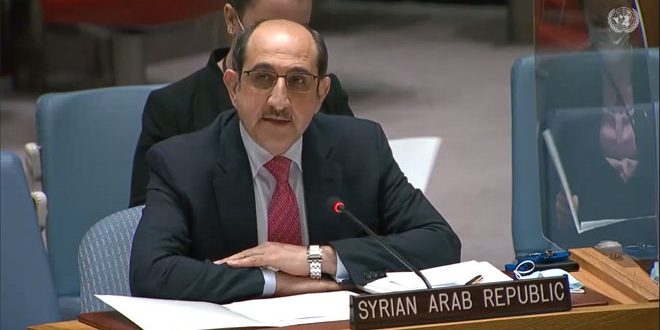 New York, SANA-Syria’s permanent representative to the UN, Bassam Sabbagh, said on Monday that Syria reaffirms its rejection and condemnation of using chemical weapons under any circumstance, by anyone, at any place or time.

Sabbagh added at UN security council session that some countries still politicize the chemical file in Syria, turning a blind eye to its cooperation with the Organization for the Prohibition of Chemical Weapons(OPCW), and direct baseless accusations against the country.

He affirmed that Syria regrets the absence of balance and neutrality in the briefings of High Representative of disarmament affairs.

Sabbagh said that Syria welcomed holding of a meeting in Damascus between the Foreign and Expatriates Minister and the Director-General of the OPCW ,and the country also welcomed the visit of the Declaration Assessment Team (DAT) to Damascus to hold the 25th round of consultations, according to the date agreed upon between the two sides as the necessary entry visas were granted to the team members, with the exception of one person whom we requested to replace.

Sabbagh added that the report of the Director-General of OPCW regarding the visit of the Declaration Assessment Team and holding Syria responsible for the inability of the Technical Secretariat to plan the missions of its various teams is inaccurate, subjective and completely rejected,noting that everyone knows what the Director-General said before the Security Council about postponing the visit of the team until after the summer, while Syria had a real interest in speeding up the conclusion of this team’s discussions and close this file

Sabbagh added that the fact-finding committee still ignores information about the possession of terrorist groups chemical weapons and their endeavors to use them and accuse the Syrian Arab army of the act. 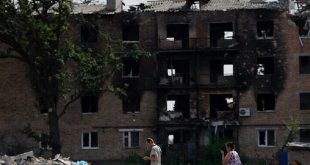