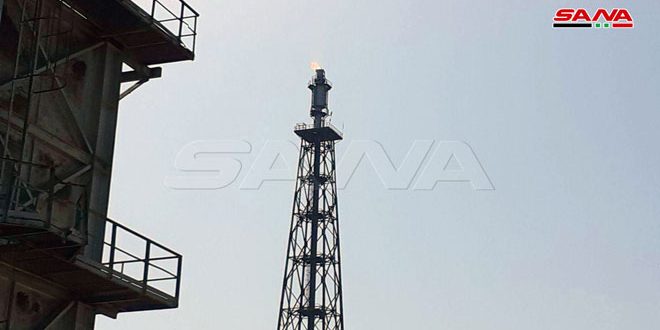 Banias, SANA- After two weeks since the beginning of the comprehensive overhaul at Banias refinery and thanks to the great efforts made by the refinery’s cadres, the unit of gasoline production was re-operated in an experimental basis, and its eastern torch was lit up in declaration of approaching production of gasoline.

Salameh added that that the actual production at the gasoline unit needs more time before entering naphtha to it later.

A comprehensive overhaul operation has started at Banias Refinery on September 15th after stopping all operations at the refinery for five days, during which all the sites have been prepared to work.