Syria increases its cotton production to more than 100 thousand tons 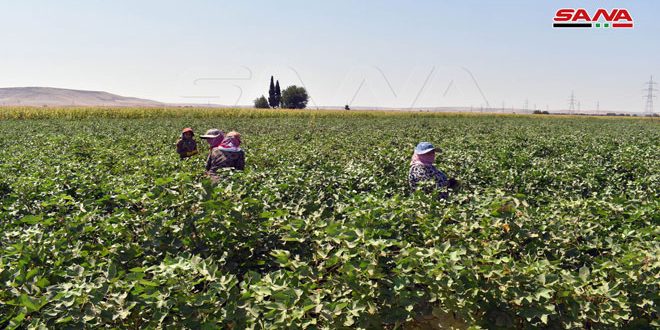 Aleppo, SANA- Despite the effects caused by terrorism, the areas cultivated with cotton in Syria amounted to 32,557 hectares, 1,150 of which are concentrated in the northern province of Aleppo. Director of Cotton office, Wadah Qadi said in a statement to SANA reporter in Aleppo that the cultivated areas in the province amounted to 1,250 hectares and the condition of the crop and planting is good until now.

Qadi noted that the expected production on the level of Syria for the current season is about 100,000 to 114,000 tons, as this year is distinguished by the increase of revenues up to 3,500 kg in each hectare with a remarkable increase from last year which amounted to 2,500 kg.

He hoped that rising prices of cotton purchase would increase the cultivated areas, which would positively affect the national economy. Qadi noted that harvesting the crop will begin in accordance to place  and times of its cultivation where they will receive cotton from farmers in Aleppo as of 27th of September.

“There are five types of cotton in Syria that are grown in the provinces of Hama, Aleppo, Raqqa, Deir Ezzor and Hasaka and each province has its own kind as all kinds are good and of high quality which gives the Syrian Cotton significance in the global markets and improves its price,” he said.

According to Qadi, the work is continued to secure the requirements of production for farmers. 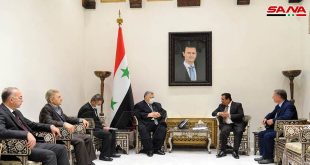