12 killed, 66 injured in terrorist attacks in Aleppo and Idleb 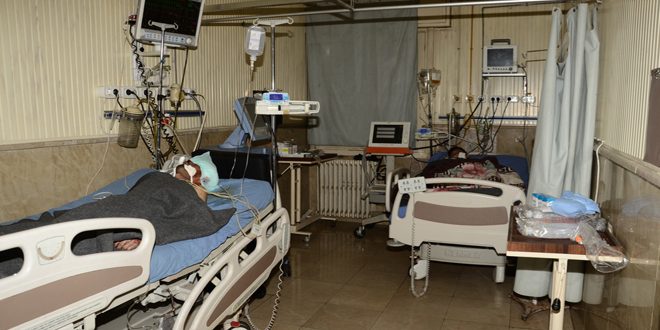 Aleppo/Idleb, SANA-Twelve persons were killed and tens others were injured due to terrorist attacks with rocket shells on a number of the residential neighborhoods in Aleppo city.

A source at Aleppo Police Command told SANA reporter that terrorist organizations targeted with tens of shells the neighborhoods of Maysalon, al-Masharika, al-Martini, al-Iza’a and al-Azamyeh in Aleppo city.

The source added that 12 persons were killed and 64 others were injured, most of them children and women, and some of them are in a critical condition.

The source pointed out that the attacks also caused significant material damage to the houses, infrastructure and cars inside these neighborhoods.

Two persons were injured on Wednesday due to mortar shells fired by the terrorists of “Jaish al-Fateh” on the terrorist-besieged al-Fouaa town in the northern countryside of Idleb.