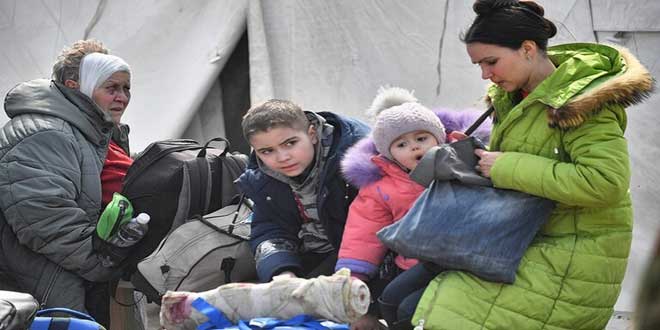 Donetsk, SANA- Over the past 24 hours, the authorities of Donetsk People’s Republic have evacuated 408 people from Mariupol city.

“From Sunday morning till this morning, 408 people, including 65 children, have been evacuated from Mariupol to Bizymenoye village, east of the city”, Regional Defense Headquarters of the republic said in a statement on Telegram channel according to TASS News Agency.

The overall number of the evacuated people from Mariupol to Bizymenoye since March 5th has reached 29,562 persons, according to the statement.

Since the beginning of the Russian military operation in Ukraine, Mariupol city, the largest city overlooking Azov Sea, has witnessed fierce battles, during which the forces of Russia and the Donetsk Republic managed to control the whole city, except the Azovstal plant.