Around-average temperatures, showers in some regions 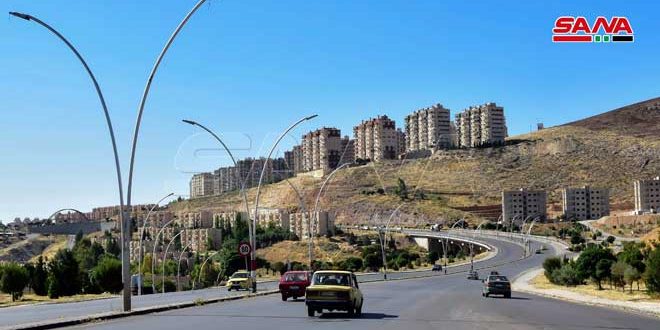 Damascus, SANA- Temperatures will drop to become around average or slightly higher as the country is still affected by a superficial low air pressure accompanied by a wet and cold air mass in the upper parts of atmosphere.

The Meteorological Department expected in its Wednesday bulletin that the weather will be clear to partly cloudy in the morning with dusty and misty atmosphere in the eastern and al-Jazeera regions.

Meanwhile the weather will be to partly cloudy and rainy in the coastal region and the showers will be heavy accompanied with thunder sometimes. At night, snow is expected over the mountainous with altitude above 1200m.

The wind will be southwesterly with a low to moderate speed and some active gusts, while it will be southeasterly in the eastern and al-Jazeera regions, meanwhile the sea waves will be medium to height in amplitude.

Over the past hours, different amounts of rainfalls have been registered in some provinces, the heaviest of which in Hama 7 mm, Lattakia 6mm, Aleppo 3mm and Hasaka 3mm.