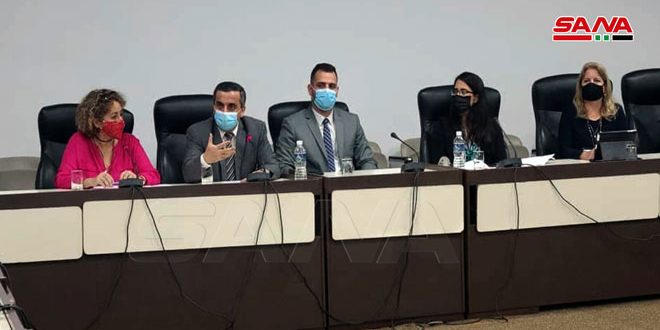 Havana, SANA- The 13th edition of the International Conference on Higher Education University 2022, opened in the Cuban capital, Havana, with the participation of Syria and delegates from 34 countries from around the world.

In a speech during the opening ceremony, Cuban President Miguel Diaz-Canel presented the most important achievements of Cuba in the field of higher education, scientific research and progress in the field of health and pharmaceutical industries, which was evident in the success in controlling the Coronavirus pandemic thanks to the vaccines that Cuban scientists and specialists had produced.

The Cuban President renewed condemnation of the American embargo on his country. In his speech on behalf of Syria, Syrian ambassador to Cuba, Dr. Idris Maya, gave a presentation on the reality of higher education in Syria.

Ambassador Mayya noted that one of the priorities of the Ministry of Higher Education and Scientific Research in the coming stage is to rebuild what was destroyed by the terrorist war and link education to the labor market, in addition to developing educational methods and enhancing scientific research opportunities inside the country and abroad.

He considered that participation in this conference is an affirmation of the historical friendship between Syria and Cuba and the cultural and scientific cooperation between the two friendly countries.

Mayya expressed the Syrian people’s appreciation for the support of friendly peoples and countries, including Cuba, alongside Syria in the face of the terrorist war it is facing. He also condemned the unjust embargo imposed by the United States on Cuba, stressing that Syria and Cuba are looking for more cooperation and upgrading relations in various fields and sectors of education, joint scientific programs, research activities and others.

It is noteworthy that the Higher Education Conference is an international conference organized by Cuba every two years and discusses the importance of higher education for the development of peoples and countries, the challenges they face, and the role of student institutions and unions in improving higher education and its quality. 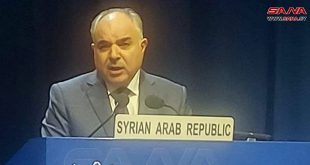 Vienna, SANA – Syria warned against the aggressive practices of the Israeli occupation entity in …