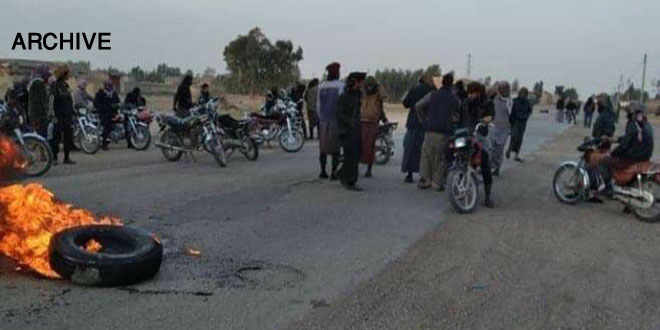 Deir Ezzor, SANA- A number of US occupation-backed QSD militia militants were killed or injured after targeting a militia patrol with an explosive device in Abu Khashab area in Deir Ezzor western countryside.

Local sources told SANA reporter that a patrol of QSD militia has been targeted with an explosive device on Abu Khashab road to the west of Deir Ezzor, killing or injuring a number of the militia and burning their vehicles.