Kremlin:  The continued presence of terrorists in Idleb is dangerous and unacceptable 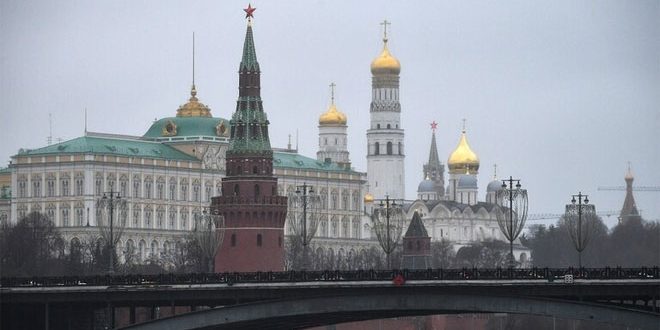 Moscow, SANA – Russian Presidential Spokesman Dmitry Peskov said on Sunday that the continued presence of terrorists in Idleb area and the northwest of Syria is  “ dangerous and  unacceptable  “ and hinders  the  advancing  of the political solution in the country.

In a speech to Rossiya 1 TV Channel Peskov said that Russian President Vladimir Putin will discuss with President of Turkish regime Recep Tayyip Erdogan the situation in Idleb and northwest of Syria.

It is expected that Putin will meet the President of Turkish regime on the Russian city of Sochi on September 29th.

Kremlin 2021-09-26
hybah
Share
Previous QSD militia kidnaps 15 teachers from a school in Qamishli, Hasaka countryside
Next A number of QSD militants killed or injured in an attack in Deir Ezzor countryside