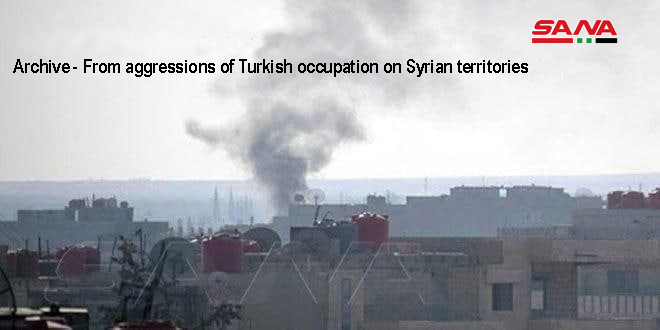 Civil sources told SANA that several artillery and rocket shells launched by Turkish occupation and its mercenaries fell on the residential neighborhoods in Maraanaz village in the north of Aleppo city, causing material damage to private and public properties.

The sources noted that some shells fell on the agricultural fields, causing an outbreak of several separate fires .