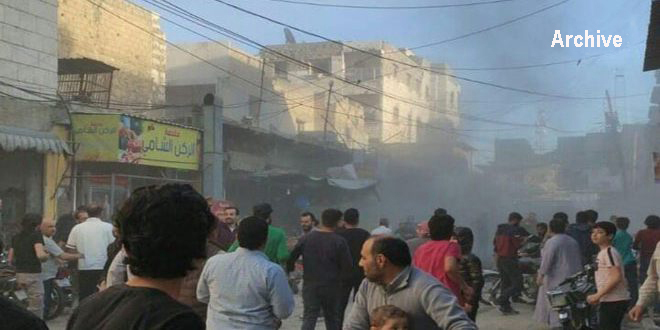 Aleppo, SANA- One of the leaders of Turkish regime mercenaries was killed in an explosive device blast in a vehicle in al-Bab city in Aleppo northeastern countryside.

Local sources told SANA that an explosive device went off on Sunday morning in a vehicle of the Turkish occupation terrorist mercenaries in al-Bab city in Aleppo northeastern countryside , killing one of the leaders of the so-called “Ahrar al-Sham Movement” and causing massive damage to the place of the explosion.

The sources pointed out that groups of Turkish occupation forces and their mercenaries deployed in the place and surrounded the vicinity of the explosion.