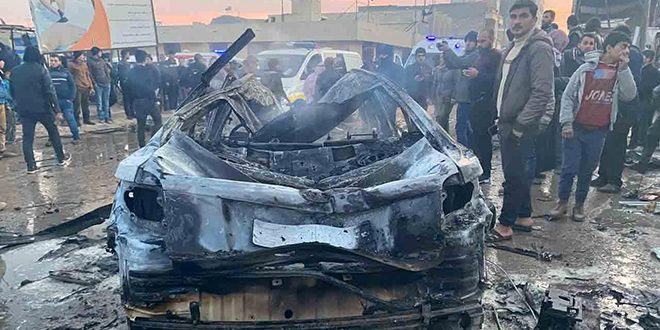 Aleppo, SANA- Eight civilians were martyred and 20 others were injured as a result of the explosion of a car bomb in A’zaz city in Aleppo countryside where Turkish occupation–backed terrorists are positioned.

Local sources told SANA reporter that a car bomb exploded in front of a restaurant and a gas station in A’zaz city in Aleppo northern countryside, claiming the lives of eight civilians and injuring 20 others, in addition to causing material damage to houses and properties in the site of the blast.