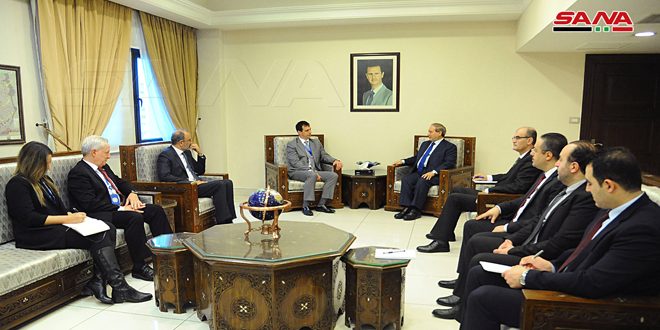 Damascus, SANA- Deputy Foreign and Expatriates Minister, Fayssal Mikdad on Thursday discussed with UN Under-Secretary-General for Safety and Security Gilles Michaud issues related to the work of the UN Department of Safety and Security (UNDSS) and the office of the UN Resident Coordinator in Syria. 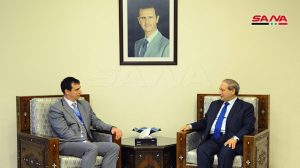 During the meeting, Mikdad pointed out to the importance of the work of the Department in Syria, asserting the need for full cooperation with the Syrian governmental bodies in a way that guarantees the safety of the UN staff in Syria.

Mikdad reiterated that need to that the Department commit to the principle of transparency in its work and abide by the principles and goals on which the UN was founded on according to its charter.

For his part, Michaud expressed the Department adherence to constructive cooperation with the Government of the Syrian Arab Republic regarding the security issues related to the work of the UN organizations in the country, expressing appreciation over the facilitations provided by the Syrian State for the work of the Department, and calling it to continue supporting his work team in Damascus.

He pointed out that the UN interest in the work of the Department of Safety and Security emerges from the risks to which the UN staff might be exposed to in different countries across the world.