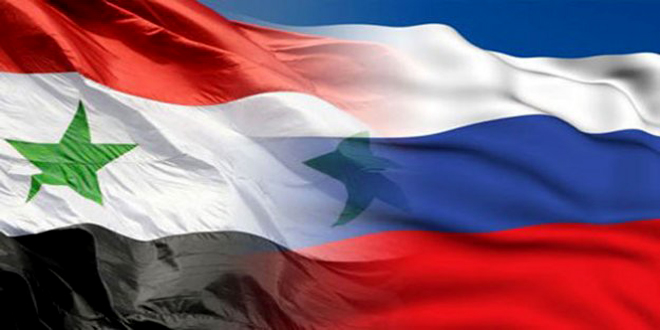 Moscow, SANA- Syria and Russia have renewed condemnation of the escalatory practices by the U.S. and the attacks launched by its forces in the region and its continued attempts to maintain tensions hotbeds in Syria to justify the illegitimate presence of its forces on its territories and to continue looting its natural resources for the longest possible period.

In a joint statement on the return of the displaced Syrians, the Syrian and Russian coordination committees pointed out that the Syrian Arab republic and Federal Russia condemn the attacks launched by the U.S. forces in the Middle East, calling on Washington to commit to the UN principles.

The statement pointed out that the U.S. is trying by all means to maintain tension hotbeds in Syria in order to Justify the presence of its forces in it and to continue looting its natural resources as long as possible without punishment.

“The withdrawal of the U.S. military units will undoubtedly contribute to reducing tensions in the region,” the statement pointed out, warning against the dire consequences of the U.S. measures in Syria with regard to deteriorating situation in al-Rukban and al-Houl camps.

It called on the U.S. to halt its practices which aim at destabilizing the situation in the Middle East and to completely commit to the principles of respecting the sovereignty of the countries and the UN principles. 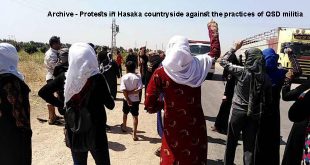 Hasaka, SANA- The locals in Ajajah village in Hasaka southern countryside have staged a demonstration …