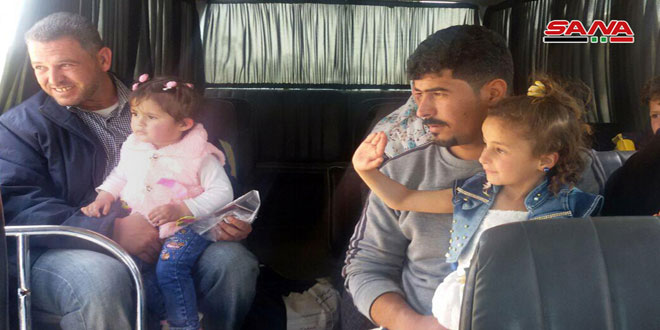 Daraa, SANA –More displaced Syrians have come back home from camps in Jordan via Nassib border crossing , as part of the efforts made by the Syrian state to ensure the return of all people who have been displaced due to terrorism.

The returnees are to be transported to their home towns and villages that were liberated from terrorism by the Syrian Arab army.

Over the past few months, many batches of displaced Syrians have returned from Lebanon and Jordan to their villages and towns to which the Syrian Arab Army restored security and stability after eliminating terrorism from them.