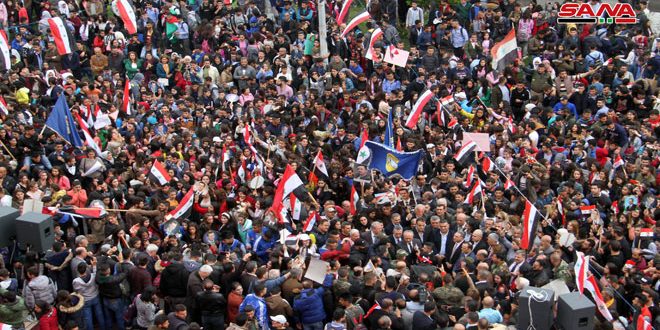 The people of Hasaka city gathered at the city center to condemn Trump’s declaration, asserting that this declaration does not change historical facts and that the Golan will remain a part of Syria.

People also gathered in front of the Governorate building in Tartous city to protest and condemn Trump’s decision, while students at the Quentira branch of Damascus University staged a similar protest in front of the 4th Education Faculty.

Meanwhile in Qamishli city, courts suspended proceedings from 11 AM in protest of Trump’s declaration, with lawyers gathering in front of the city’s Justice Palace to express their condemnation of the illegal declaration.