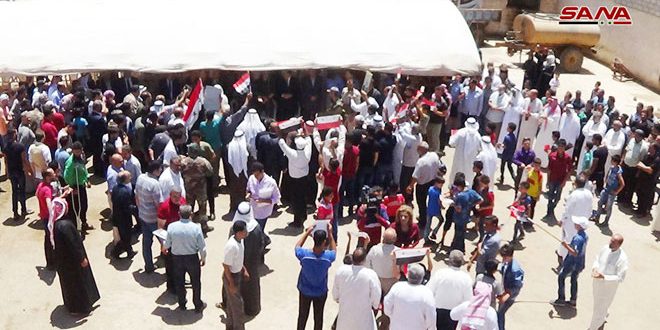 Daraa, SANA- Hundreds of locals of al-Kirk al-Sharqi town in Daraa countryside gathered at the town’s main square and celebrated the elimination of terrorist organizations after the Syrian Arab Army restored safety and security to the town.

The locals affirmed the importance of moving forward with the reconciliations to stem the blood of the Syrians.

In the same context, a meeting was held in Um Walad town in the eastern countryside of Daraa in which hundreds of the locals discussed means to restore normal life in the town days after it was declared free of terrorism and joined reconciliation.

The locals called for restoring electricity and water services to the town and demanded their needs met, especially flour and fuel, and a settlement of the legal status of deserters whom the terrorist groups prevented from handing themselves in to the army.

Head of the Health Directorate in Daraa, Ashraf Bamo said that the governorate will rehabilitate the health centers damaged by terrorism and provide them with the necessary cadres. 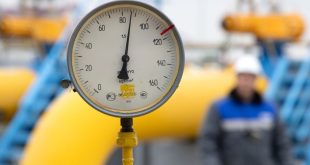