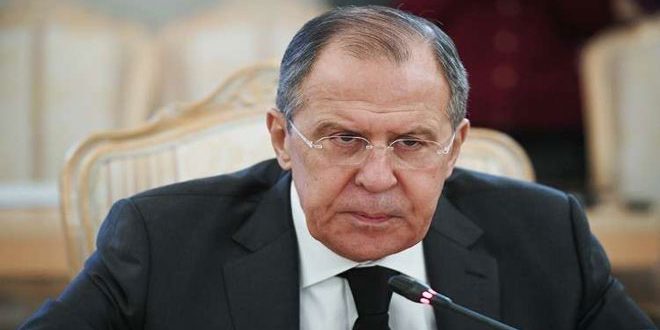 The Russian Foreign Ministry said in a statement on Saturday that Lavrov and Cavusoglu discussed in a phone call initiated by the Turkish side the details for holding the Sochi Congress scheduled to be held on January 29-30, with the two sides agreeing to take further steps to ensure its success.

On a relevant note, a Russian military diplomatic source said that the refusal of the so-called “negotiation commission” to participate in the Syrian National Dialogue Congress in Sochi shows that it doesn’t live up to its name and diminishes its position.

The source said that while all those who are concerned about Syria’s future, including representatives of sects, social movements, and opposition groups that have actual public support, will be attending the Congress, this negotiation commission is only interesting in toppling Syria’s legitimate government, adding that this commission’s approval among Syrians isn’t clear.

The source said that the commission’s excuses for not participating in the Congress are nonsense, and if its representatives don’t want to hold dialogue with anyone, then it seems they have nothing to say.

On another note, Russian Foreign Ministry Spokesperson Maria Zakharova said in a statement that the West isn’t interested in preserving Syria’s unity and territorial integrity, as proven by all the actions of the so-called international coalition, adding that the statement of France’s permanent representative at the UN on the situation in Syria was no slip of the tongue, as it expressed what the West has been thinking for many years.