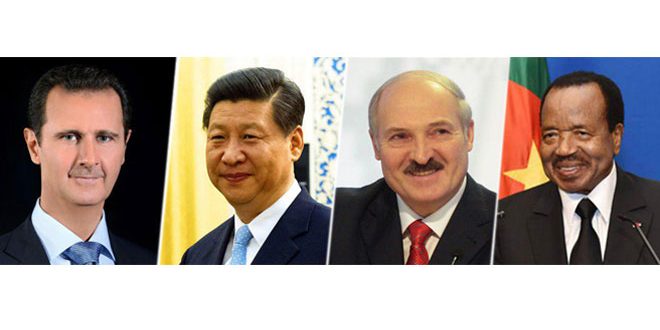 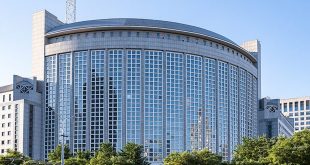 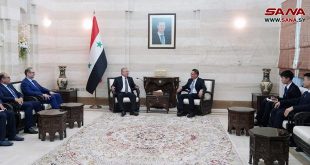 In the cable, the Chinese President extended warm congratulations to Syria, affirming the strong traditional friendship ties between the two countries.

President al-Assad also received a congratulatory cable from President Alexander Lukashenko of Belarus, in which he referred to the successes achieved by the Syrian Arab Army in the fight against terrorism to preserve the unity of Syria.

President Lukashenkov affirmed his country’s endeavors to develop cooperation with Syria in all fields and to help reconstruct the country, congratulating President al-Assad and the Syrian people on the occasion of Independence Day.

President al-Assad also received a similar congratulatory cable from President Paul Biya of Cameroon in which he expressed congratulations and good wishes to the Syrian government and people on this occasion. 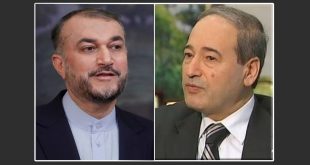