The legal status of 105 persons settled in Homs 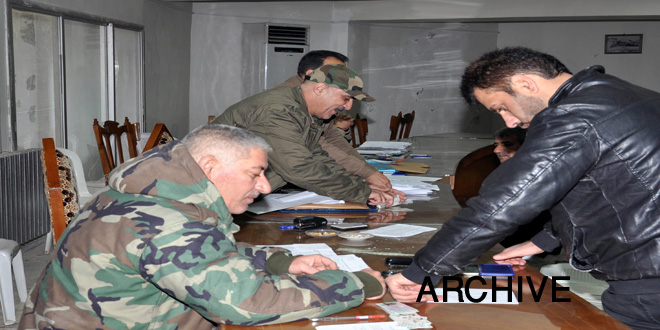 Homs, SANA – The legal status of 105 persons from Homs city and its countryside was settled on Sunday in accordance with the Amnesty Decree no. 15 for 2016.

In a statement to SANA, the chairman of the settlement committee in Homs said 105 persons from a number of Homs city’s neighborhoods and al-Rastan, Talbeisa, Talkalakh, al-Dar al-Kabira in Homs countryside had their legal status settled after they had earlier turned themselves in and handed over their arms to the authorities.

They pledged to not get involved in any act that might harm the homeland’s security in the future.