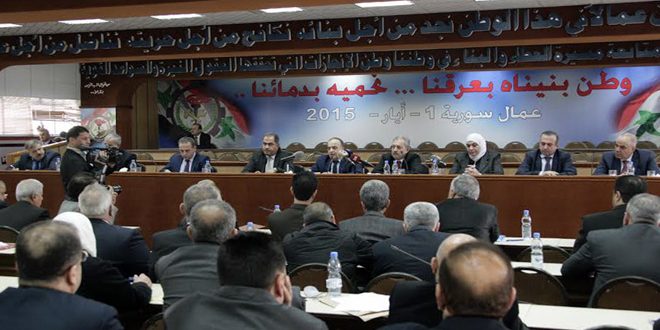 Damascus, SANA-Prime Minister Imad Khamis affirmed that improving the situation of the working class and raising the level of the services provided to them in the health, living, service and development fields is a priority in the government’s work.

During his participation in the 7th session of the General Federation of Trade Unions Council, Khamis hailed the role of the working class under the terrorist war on Syria and the sacrifices it made in order to preserve the components of the Syrian state and its establishments, in addition to its support for the Syrian Army and Armed Forces in all Syrian areas.

He pointed out that the government is working on developing legislations and issuing the required laws and decisions to improve the working mechanisms to deal with the effects of the terrorist war on Syria in the economic sector and to activate the production process to enhance the citizens’ steadfastness.

Speaking about the rising prices of materials, Khamis said that the government is working on offering raw materials in the markets largely through increasing production and direct importing, affirming the government’s keenness to develop the public sector’s establishments.

He pointed out that the government appreciates the public and private professional media outlets, revealing that it has a plan to develop the media sector in line with its growing role at all levels. 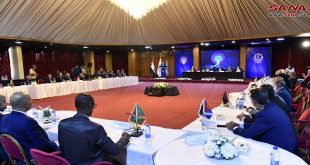