140 persons in Qamishli city have their legal status settled 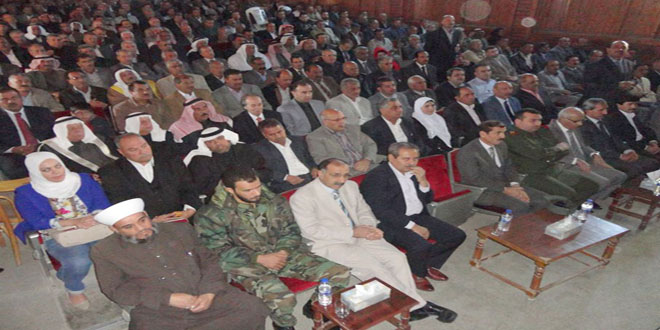 Hasaka, SANA-Some 140 persons in Qamishli city in Hasaka province have had their legal status settled on Sunday pursuant to the Amnesty Decree no. 15 for 2016 after they turned themselves in to authorities.

Hasaka governor Jayez al-Hammoud al-Moussa said that the homeland needs all citizens to participate in the victory being achieved by the heroes of the Syrian Arab Army, calling on all social components to reach out to those who have been deceived and to encourage them to return to the right path and participate in building the homeland.