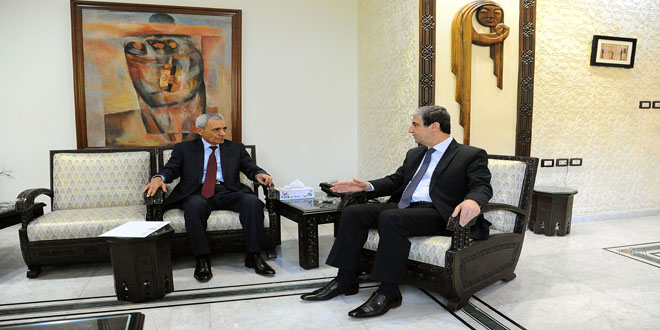 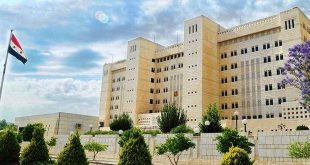 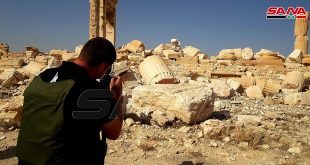 Damascus, SANA – The Armenian Culture Ministry offered putting its experience and expertise at disposal for restoring the historical site of Palmyra.

The offer came in a letter sent by the Armenian Culture Minister, which the Syrian counterpart Issam Khalil said was received “with deep appreciation”.

His appreciation was expressed in statements to reporters following a meeting with the Armenian Ambassador in Damascus Arshak Poladian.

In addition to means of cooperation in the cultural affairs, both sides also discussed the letter and the Armenian offer included in it.

The Minister noted that a national committee has been formed to draw up the necessary plans for the restoration of Palmyra.

Palmyra-a UNESCO World Heritage site-was retaken from ISIS terrorist organization last March along with the residential neighborhoods in the city-also known as Tadmur.

Archeological monuments and artifacts in Palmyra sustained severe damage due to deliberate acts of demolition and vandalism inflicted by ISIS terrorists since they took over the city in May 2015. In a relevant context, a separate meeting was held between the Armenian Ambassador and Minister of Higher Education Mohammad Amer al-Mardini.

Discussions focused on the scientific cooperation relations and mechanisms to renew the executive program of the joint Syrian-Armenian cultural cooperation agreement.

The files of equating certificates and exchange of scholarships and visits of academic delegation were also on the table.