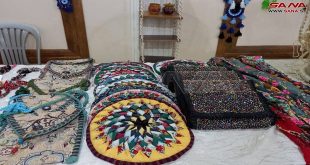 Deir-Ezzor and Hasaka, SANA- Three children and a woman were killed in air raids by US-led coalition on Bukamal city in the eastern countryside of Deir-Ezzor on Monday.

Media and local sources said that aircrafts of the US- led coalition launched raids on Bukamal city on the western bank of the Euphrates near the Iraqi borders, killing three children and a woman and causing huge material damage to locals’ houses.

Three other civilians including a girl child were killed and 14 others were injured when ISIS terrorists targeted with shells al-Qusour and al-Joura neighborhoods in Deir-ezzor.

Meanwhile, local sources in Qamishli city in Hasaka province said that a woman was killed when a mortar shell fell on her house in Tai neighborhood coming from the Turkish territories while the members of her family were injured.

On January 16, the US acknowledged that civilians were killed in coalition air raids against ISIS terrorists in Syria and Iraq.

In Ras al-Ain city, 80 kilometers to the west of Hasaka on the Syrian- Turkish borders, members of the Turkish border guards opened fire on a girl near her house, injuring her.