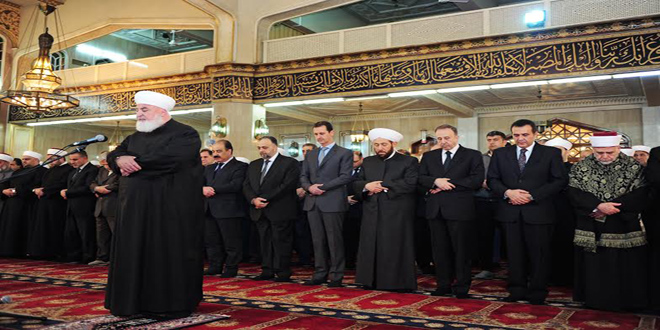 Minister of Religious Endowments, Dr. Mohammad Abdel Sattar al-Sayyed, said that this year’s anniversary of Prophet Mohammad’s birthday coincides with the birthday of Jesus Christ who both have conveyed two messages from God, the first of which was a peace and love message while the second and last was a message of mercy.

He added that Syria and its people have friends, like Iran and Russia that stand by the right,” affirming ” today we farewell a fifth year of a war waged against us and a conspiracy hatched against our religion and country, but we  see the victory is shinning, the hope is brimful and the right is clear at the hands of our heroes.”

The Minister said “the last good occasion of this year is that it gathers Christmas and Prophet Mohammed’s birthday.” 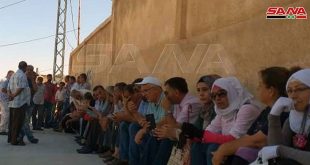 Hasaka, SANA- Qasad militias, supported by US occupation forces, on Thursday looted contents of the …