Al-Hader locals return back to their town 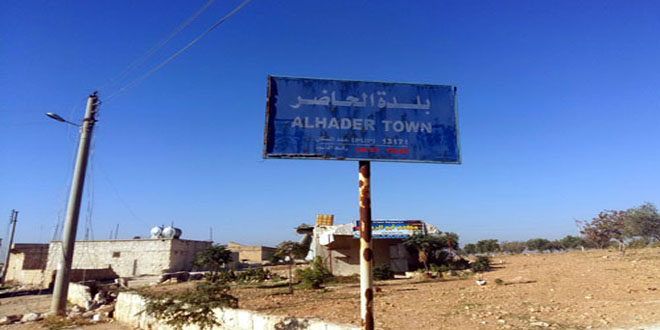 Aleppo, SANA- No more than 48 hours after the Syrian Arab army reestablished control  over al-Hader town in Aleppo province, a number of its locals began returning back to  their houses from which they were displaced at the hands of the Takfiri terrorist organizations.

The army and the supporting forces restored the town on November 13th in a special operation where terrorists were inflicted heavy losses in personnel and equipment.

Secretary of al-Baath Arab socialist party in Aleppo Ahmad Saleh Ibrahim called on the al-Hader’s locals, who left their town coercively due to the terrorists’ acts, to return back to their houses and practice their normal life.

He asserted that the work is under way to facilitate the citizen’s return, secure their needs and rehabilitate the infrastructures and the public utilities that were affected by terrorist’s attacks.

Al-Hader strategic town locates on the highway of Aleppo /Damascus and just 43km to the south of Aleppo city.