20 banks still operating in Syria with a notable increase in liquidity, profits and deposits 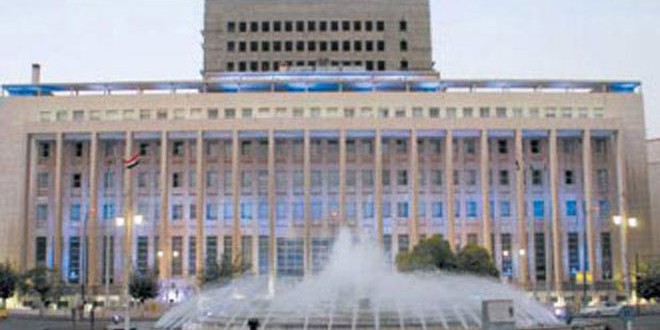 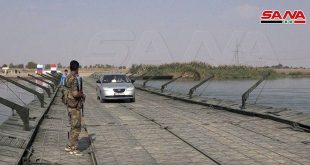 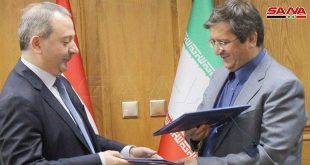 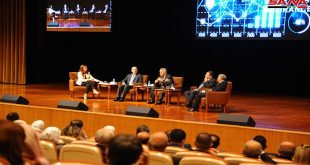 Damascus, SANA- The public and private banks in Syria have worked on developing their products despite of the current crisis as they have continued to fund the imports and the economic processes according to the needs of the national economy during the current stage.

Some 20 banks are operating in Syria, six of which are private and 14 are public, while three of those banks are Islamic.

Contrary to most of the economic sectors in Syria, the profits of the private banks have witnessed a significant development reaching SYP 45 billion by the end of the first half of the current year with an increase of 80.3 percent in comparison with 2014 while between the years 2013 and 2014 they were increased by 65.5 percent.

Director General of the Commercial Bank of Syria Firas Salman told SANA that the deposits at the bank increased by SYP 125 billion since the beginning of the current year till the end of last July in comparison with the same period of the last year as the deposits reached SYP 547.3 billion in comparison with SYP 422.9 billion in 2014, referring to the notable increase in the direct credit.

The Commercial Bank of Syria provides a large number of services that cover the widest segment of society and it keeps up with the modern technologies as it uses modern software systems that are adopted by a large number of the international banks.

Salman indicated that the profits of the Commercial Bank over the first seven months of the current year reached SYP 12,1 billion in comparison with SYP 12,4 billion in the same period last year, adding that the reason behind this decrease is “the current circumstances which have affected different economic and service sectors.”

For his part, Executive Director of Syria International Islamic Bank Abdel Qader Dweik said that the private banking sector in Syria have been able to adapt with all the huge pressures put on it due to the current crisis as “The banks still have a suitable liquidity that is bigger than the minimum requirements set by ‘Basel Committee’ and the CBS.”

Dweik stressed that the private banks are still “providing relatively good funding processes compared to the current circumstances, “as the investment portfolio of Syria International Islamic Bank exceeded SYP 50 billion that were used for funding various activities and sectors.

He indicated that the market share of the three Islamic banks which are operating in Syria have also witnessed a significant development.

The Savings Bank, a public bank in Syria, provides loans for the low-income people as the number of those loans in the first half of the current year reached 35.9 thousand loans, in addition to providing loans to the public institutions to support the production process.

The number of the new accounts at the Savings Bank in the first half of 2015 reached 22,713 and the deposit processes reached 651.084 with a value of SYP 54,862 billion while the profits of the bank last year exceeded SYP 1 billion.

The People’s Credit Bank enjoys a liquidity that exceeded the liquidity requirements set by the Monetary and Credit Council “MCC” with an increase of 33 percent, and the increase is being invested in providing loans for the low-income people.

The Agricultural Cooperative Bank continues to fund the requirements of the agricultural production and of buying the crops from the farmers, in addition to providing loans to them and charting the debts when needed in support of the national economy.

The Real Estate Bank plays a significant role in the domain of executing the plans and development programs in Syria.

The number of the shareholders at the private banks in Syria reaches 34,621 as 29 companies own about 57,7 percent of the those banks while thousands of investors own the rest 42,3 percent of them. 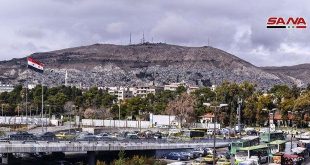