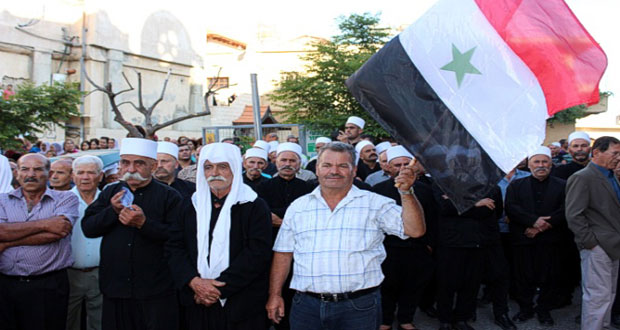 The event started by a moment of silence followed by the Syrian anthem, speeches stressed the importance of adhering to the homeland and firmness in countering terrorists and external schemes.

In a statement, people of Golan reiterated their adherence to their Syrian identity until the occupied lands are liberated.

They said the crimes which was committed at Qalb al-Louz area in al-Summaq Mount in Idleb unmask the reality of all sides which spared no effort in supporting and funding these terrorists, expressing their faith in the ability of the Syrian Army in defending the homeland and eliminating terrorists.