Al-Moallem: Syria welcomes any international shift towards “correct conclusions” about the crisis 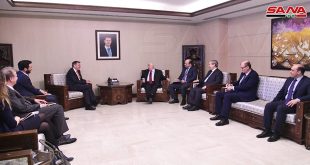 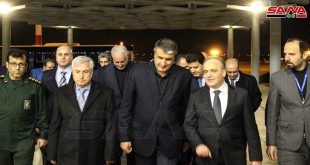 Damascus, SANA – Deputy Prime Minister, Foreign and Expatriates Minister Walid al-Moallem said Syria welcomes any international shift towards “correct conclusions” about the crisis in the country, stressing the failure of the conspiracy.

Presenting a review of the latest developments in the international arena to the Cabinet during a session on Tuesday, al-Moallem said the conspiracies against Syria are going on while the crisis enters its fifth year.

This is evident, he added, through what is happening on Syria’s southern borders with Jordan and the Israeli enemy and the “obstinate” Turkish position on the northern border.

“All what the conspirators planned has failed due to the unity between the people, leadership and army of Syria,” al-Moallem stressed.

He made it clear that the Syrian government is adherent to its approach of combating terrorism and carrying out national reconciliations.

“We welcome any international shift that could lead its advocates to correct conclusions,” the Foreign Minister said, stressing that what is important, however, is the deeds, which are to be judged.

He affirmed that chief among those are the ones related to drying up the sources of terrorism.

Walid al-Moallem 2015-03-17
h.said
Share
Previous Parliament calls for international efforts against terrorism to avoid more genocides like the Armenian one
Next “Made by Syrian Women” exhibition held on Mother’s Day occasion 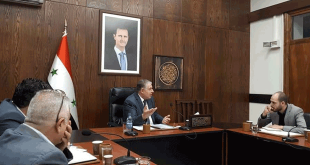 Damascus, SANA- On the sidelines of the 77th session of the UN General Assembly, Syria …