US occupation loots 66 tankers of Syrian oil from Hasaka countryside 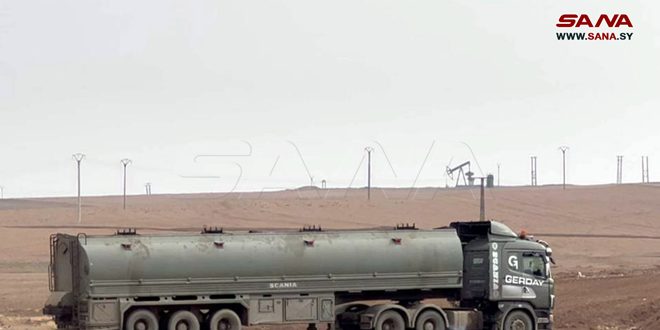 Hasaka, SANA- The US occupation forces plundered Tuesday new quantities of Syrian resources from Syrian al-Jazeera region in Hasaka countryside and smuggled them to their bases in northern Iraq.

“A US convoy of 66 tankers loaded with stolen oil from Syrian al-Jazeera and the eastern region, headed for northern Iraq via the illegitimate al-Mahmoudiyah crossing,” local sources in al-Ya’arubyia countryside told SANA reporter.

The US forces are plundering resources in eastern Syria, and they are not only stealing oil but also wheat, in cooperation with affiliated QSD militias, bringing out these quantities via the illegitimate border crossings between Syria and Iraq. 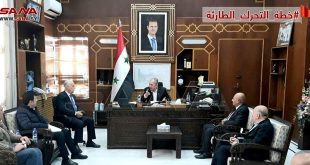 Arnous: unifying efforts, cooperation and coordination among all authorities contributes in alleviating impacts of earthquake