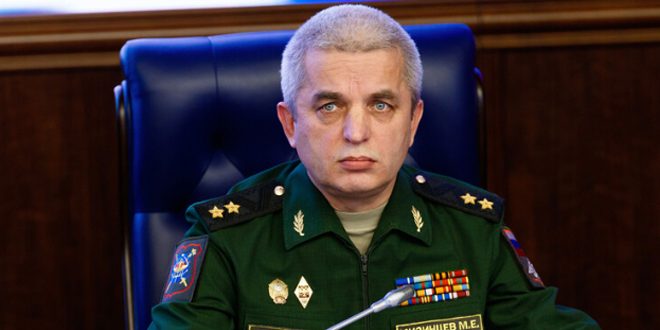 “In Velikaya Balka in Odessa, Ukrainian armed formations have equipped a stronghold on the territory of a school, an anti-aircraft gun mounted on the roof of the school, roadblocks set up along the perimeter and a mined approach to the building, but the local population has not been warned about this,” Russia Today channel quoted the head of the Russian National Defense Monitoring Center, Mikhail Mizintsev, as saying in a statement.

Mizintsev added that the Ukrainian Nazis are stationed in a school in Nerubaiskoye, Odessa, and use it as an ammunition depot.

“In Znob-Novgorodskyi, Sumy Region, Ukrainian armed formations have equipped a stronghold in a school and placed large-caliber machine guns,” according to Mizintsev.

He noted that in Kharkiv, Ukrainian forces have equipped weapons and ammunition depots in the basement of a multi-storey apartment building, while civilians are not allowed to leave their homes and are effectively being used as human shields by the nationalists.

In addition, in Berestovenki, Kharkov Region, the school building along the perimeter and in the surrounding area there is a large amount of military equipment and artillery and MLRS positions from which nationalists are shelling Russian Armed Forces positions, provoking them to return fire in order to accuse the Russian army of allegedly indiscriminate strikes against civilian infrastructure, as has already been done in the Ukrainian and Western media.