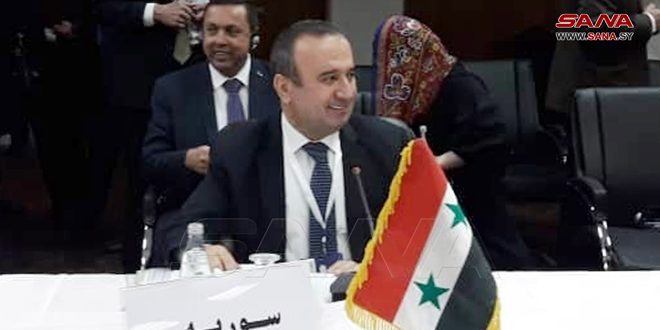 Tehran, SANA- Minister of Local Administration and Environment, Eng. Hussein Makhlouf stressed that achieving the goals of sustainable development requires a coordinated system that includes technological and socioeconomic policies in a comprehensive plan for development which guarantees the use of natural and human resources to achieve economic growth.

In his speech at the Ministerial Meeting on Environment kicked off in Tehran on Tuesday under the title “Environmental Cooperation for Better Future” , Makhlouf said that the crisis has hindered the developmental process and caused a deterioration in the ability to tackle the environmental problems, especially in light of the terrorist and sabotage attacks which had left complicated impacts on the environment’s ability to regenerate spontaneously. The Minister pointed out to the heinous campaign targeting the Syrian people represented by the unilateral sanctions and measures, do not only target the Syrians but also aim to destroy the environment and sabotage the socioeconomic development that was achieved in the recent decades.

The Minister added that Syria is committed to the international environment treaties, supports the global efforts and shares responsibility along with the rest countries to protect the environment, reiterating the need for regional cooperation in finding solutions to the environmental challenges.

On the sidelines of the meeting, Makhlouf met his Iraqi counterpart Jassim Abdul Aziz al-Falahi, Minister of Environment. The two ministers discussed prospects of cooperation in facing the environmental challenges to serve the interests of the two countries.

Both sides stressed the importance of establishing a regional cooperation among te countries of the region to face the climate and environmental changes.
Hala Zain 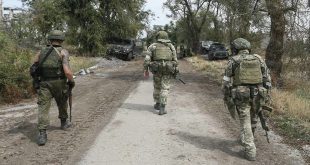