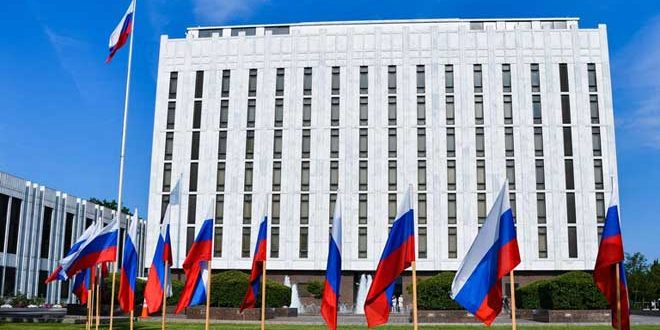 “Dialogue is always better than no dialogue. It is time for the United States to abandon the policy of embargo and useless sanctions in its foreign policy,” the embassy said in a statement quoted by Russia Today website.

The Cuban Foreign Ministry announced that tomorrow there will be a new round of talks in Washington on immigration between delegations from Cuba and the United States.

These talks come in light of the continuing unjust embargo imposed by the United States on Cuba for more than six decades.

Russia calls on the US to abandon its policy of embargo and sanctions 2022-04-20
ruaa-jazaeri
Share
Previous Syria reports 4 new coronavirus cases on Tuesday, 16 recoveries
Next Moscow: A military stronghold of Ukrainian forces discovered in a school in Kherson