Representative of Crimea to Russia: Relation with Syria deeply-rooted, based on agreements 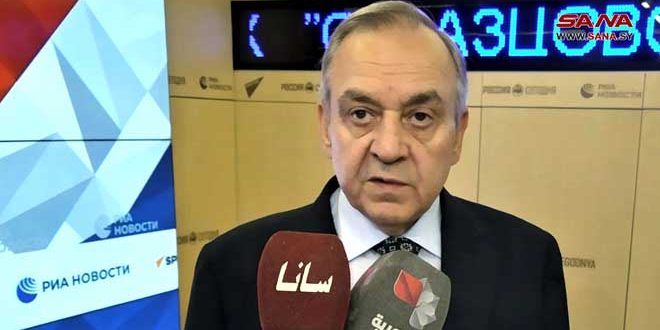 Moscow, SANA- Permanent Representative of Republic of Crimea to Russai, Georgiy Muradov, described as deeply -rooted the relations linking Syria and Crimea, adding that they are based on economic, commercial and humanitarian agreements.

“We constantly exchange visits and hold meetings of the joint governmental committee, the issue that enables us to discuss all cooperation prospects in the fields of commerce, agriculture and industry.” Muradov said Friday in a statement to SANA correspondent in Moscow.

He underlined the importance of the Russian products to the Syrians, especially wheat, grain, vehicles, woods and others.