Locals in Hasaka countryside intercept a US occupation convoy 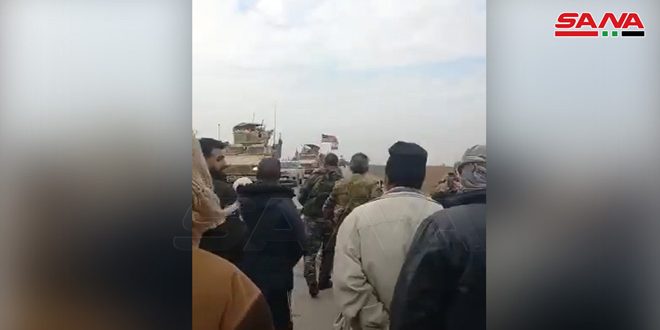 Hasaka, SANA- Locals of al-Damkhiya and Tal Dahab villages in Hasaka countryside, supported by the Syrian Arab Army personnel, intercepted on Thursday a convoy of military vehicles belonging to the US occupation forces which tried to cross into Qamishli city, and forced it to retreat.

Local sources told SANA reporter that a convoy of the US occupation, consisting of five military vehicles, tried to cross through al-Damkhiya and Tal Dahab villages towards Qamishli city, but the people, with the support of the Syrian Arab army, intercepted the convoy and forced it to retreat.