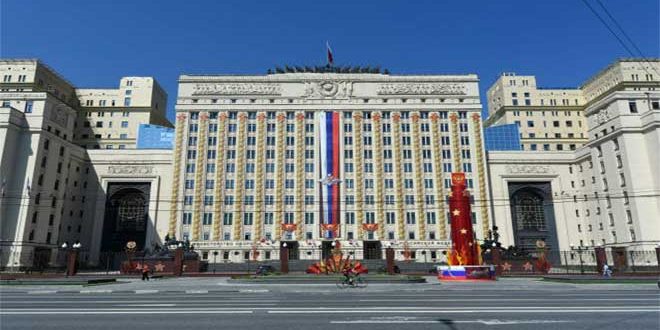 Moscow, SANA- Russian Defense ministry revealed a document certified on March 6, 2015 confirming the involvement of the US Department of Defense, the Pentagon, in funding biological projects in Ukraine.

Sputnik Agency quoted commander of the Russian Radiological, Chemical and Biological Defense Forces, Lieutenant-General Igor Kirillov, the total US funding for military biological work carried out in the laboratories of the Ukrainian Defense Ministry amounted to $32 million, adding that according to established practice, US sanitary and epidemiological welfare projects, including in Africa and Asia, are funded through national health authorities.

Kirillov pointed out that the agreement on joint biological activities was concluded between the US military administration and the Ukrainian Ministry of Health.

However, the real recipient of the funds is the laboratories of the Ukrainian Defense Ministry located in Kyiv, Odessa, Lviv and Kharkiv, with a total funding of $32 million.

Kirillov noted that the Ukrainian specialists who worked in the US biological laboratories in this country might not have been aware of the real goals of the research being conducted there.

Pentagon Russian Defense Ukraine 2022-03-17
nisreen
Share
Previous Russia, UAE call for finding a political solution to the crisis in Syria
Next Locals in Hasaka countryside intercept a US occupation convoy