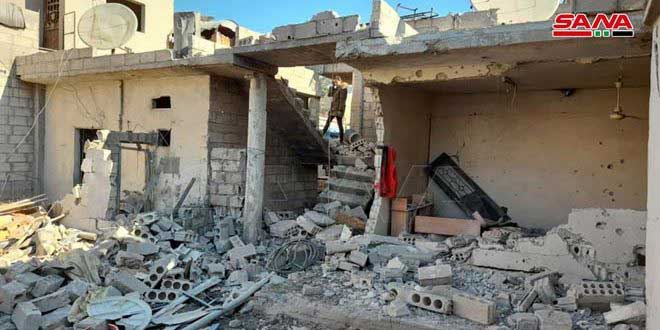 Hasaka, SANA- Turkish occupation forces and their terrorist groups shelled the vicinity of Abu Rasin town in Hasaka northern countryside, causing damage and displacement of a number of locals from the area.

Local sources told SANA that Turkish occupation forces, in cooperation with terrorists affiliated to them, targeted with artillery and mortar shells residential gatherings and farms in the vicinity of Abu Rasin town, causing material damage to the place.

The sources pointed out that a number of families in Abu Rasin town have been displaced after information spread about the intention of the Turkish occupation and its terrorist mercenaries to launch a large-scale attack on the town to seize it.