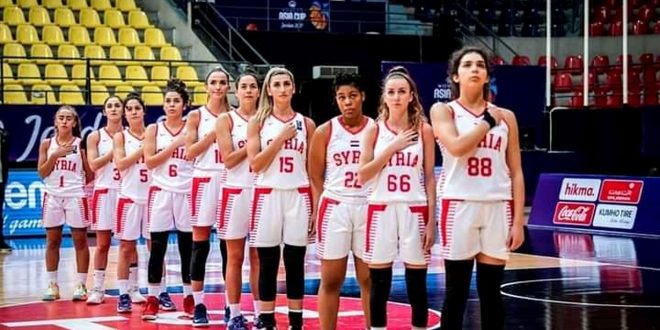 Amman, SANA- The Syrian women’s national basketball team finished its participation in Asia second level Championship of 2021 being held in the Jordanian capital of Amman , having the fifth place.

The Syrian team came fifth after its winning over Iranian counterpart on Friday with 63/58 in a match for determining the 5th and 6th places.

Our team started its journey at the competition beating the Iranian team 78/71 and losing to Lebanon 83/63 and to Kazakhstan 87/69.