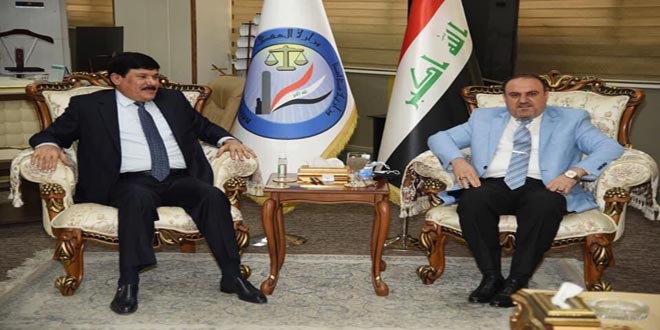 During the meeting, the Iraqi minister stressed the depth of relations between Iraq and Syria and the need to strengthen them for the benefit of the two brotherly peoples.

For his part, Ambassador al-Dandah affirmed, in a statement to SANA correspondent in Iraq, Syria’s support for Iraq in all fields, including the legal and judicial fields, to serve both sides.

Al-Dandah said: “An invitation was sent to the Iraqi minister to visit Syria to discuss the agreement for the development of judicial cooperation in the criminal, civil and personal fields, and the extradition of criminals and those sentenced to court. The minister promised to respond to the invitation as soon as possible.”