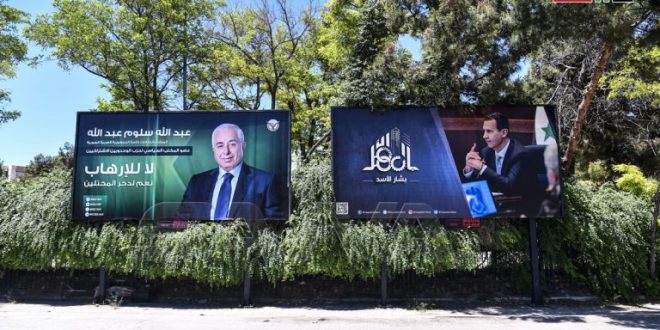 Damascus, SANA –The three candidates for presidential elections, scheduled on May 26th inside Syria and on May 20th abroad, launched on Sunday their electoral campaigns following the decision of Supreme Constitutional Court to finally announce the list of candidates for the post, including Abdullah Salloum Abdullah, Bashar Hafez al-Assad and Mahmoud Ahmad Marei.

Pictures of the candidates and their campaign slogans were published the in streets of Syrian cities, on websites and social media.

2021-05-16
hybah
Share
Previous Russian Journalist: whoever slams presidential elections in Syria, doesn’t want stability in it
Next QSD militia kidnaps 25 civilians in a number of villages in Hasaka countryside