Slovak website: The West prepares a hostile scenario against Syria just like that of Iraq and Libya 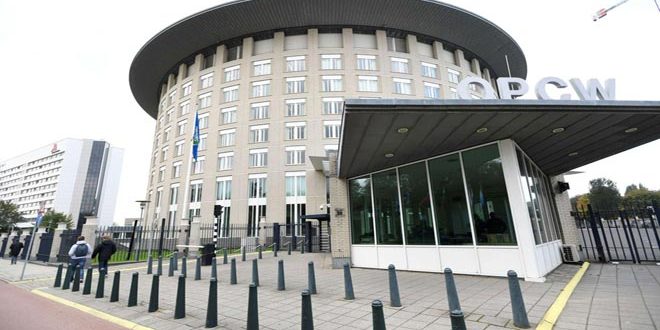 Bratislava- SANA -Slovak website of Iskra called on international community to prevent the use of Organization for the Prohibition of Chemical Weapons (OPCW) as a tool in the hands of US and Western countries to spread deception and exert pressure on Syria and other independent countries.

The website noted that the West prepares a hostile scenario against Syria just like what happened in Iraq and Libya. It said  that the attack on the two countries has taken place after addressing false accusations and practicing open deception in a manner similar to what is happening now towards Syria.

The website added that Syria revealed the aggressive scenario which is being prepared by using OPCW as a platform to pass the project, calling on the member states at UN to not be deceived by Western policies based on aggression and targeting countries that oppose their schemes .

2021-04-20
hybah
Share
Previous Formation of operation room to counter any locust swarms in Daraa province
Next A young man martyred, his brother injured in terrorist group’s attack in Raqqa countryside