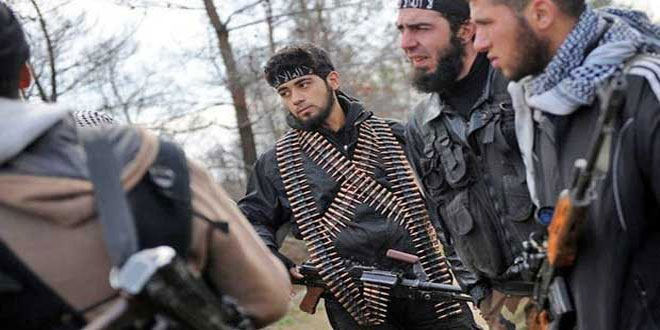 Capitals, SANA- The Middle East Eye website has once again revealed through leaked documents the British government’s involvement in supporting and financing terrorist organizations in Syria under the name of “moderate opposition” by making misleading media propaganda about Syria and through terrorist financing networks and platforms sponsored by the British Foreign Ministry.

An article by Ian Cobain, mentioned that hackers have penetrated the computer systems of the UK’s foreign ministry and taken hundreds of files detailing the country’s controversial propaganda programs in Syria.

It indicated that in a security breach of enormous proportions, the hackers appear to have deliberately targeted files that set out the financial and operational relationships between the Foreign, Commonwealth and Development Office (FCDO) and a network of private-sector contractors that have been covertly running media platforms in Syria throughout the years of the war.

The website added that between 200 and 300 highly sensitive documents are thought to have been acquired by the hackers.

Some of the documents have already been posted on the internet, and foreign office ministers and officials are bracing themselves for the possible appearance of more over the coming weeks, the article stated, noting that the British Foreign Ministry confirmed in a statement that the United Kingdom has been clear in its support for what it called as a “moderate opposition” in Syria.

The article said that the leaked documents shed further light on propaganda initiatives known in UK government circles as “strategic communications”, whose existence came to light four years ago, and which Middle East Eye detailed earlier this year.

According to those documents, from the first years of the war in Syria until 2018, Britain continued to distort the image of the Syrian government through secret operations to export an image to world public opinion contrary to reality, as Britain effectively led the offices of terrorist organizations and produced misleading propaganda materials directed against the Syrians in the homeland and the British public as well.

In another article published by the American Herald Tribune, journalist Rick Sterling exposed the aggressive policy of Washington and Ankara against Syria, referring to their involvement in supporting terrorism there, in addition to occupying parts of its lands and stealing the resources of the Syrian people.

In this regard, the writer referred to the US double standards which have been translated through Donald Trump’s statements, saying “While Trump criticizes the riots and looting in Portland and Kenosha, the United States and Turkey are stealing and plundering Syria on a larger scale with impunity and with a little media propaganda”.

Sterling pointed out that the Turkish regime adopted a policy of plundering the Syrian infrastructure years ago, as it has dismantled about 300 industrial factories and transported them from Aleppo to Turkey by transporting machinery and goods to Turkey, in addition to using water by the Turkish regime forces that occupy areas in the Syrian al-Jazeera region as a weapon of war through cutting off the drinking water to more than a million civilians in and around Hasaka province.

He indicated that Washington has occupation forces in northern Syria and it supports the separatist Qasad militia in a blatant violation of the Syrian sovereignty, saying “to fund their army by proxy, the United States occupied the main Syrian oil fields, and Trump probably believes that this is a bold step by financing the invasion of Syria with the Syrian oil.”

Sterling wondered, “What would the Americans think if another country invaded the United States through Mexico and established bases in Texas and sponsored a separatist militia, then seized oil wells in Texas to finance them? This is similar to what the United States is doing in Syria 00 In addition to the theft of Syrian oil, the United States is trying to prevent Syria from developing alternative sources and it imposes sanctions against it by punishing any individual, company or country that invests Syria or helps it rebuild the country devastated by the war, especially in the oil and gas sector.”

The writer also drew attention to Washington and the Turkish regime’s disregard of the international law and their violation of the United Nations Charter through their occupation of Syrian lands.

He stressed that the US foreign policy is often characterized by its absolute hypocrisy due to the decline of “the rule of law”, saying “Actually there is no greater violator of laws than the United States itself.”

Middle East Eye: Leaked documents expose London’s involvement in supporting terrorism in Syria 2020-09-30
ruaa-jazaeri
Share
Previous A young man injured in mine blast in Damascus Countryside
Next Reception at the Indian Embassy in Damascus on occasion of Mahatma Gandhi’s birthday 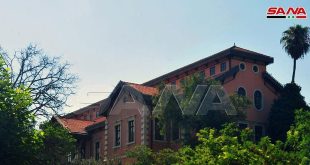