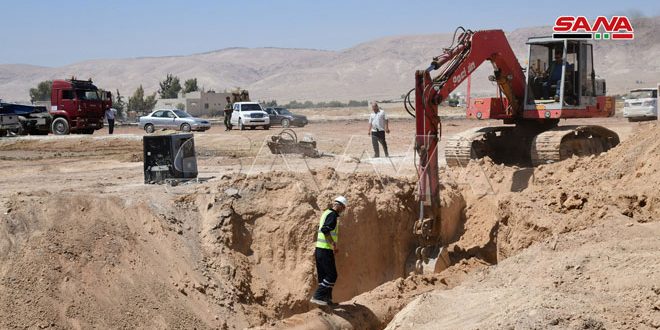 Damascus, SANA- The technical teams affiliated to the Ministry of Petroleum and Mineral Resources have finished the repair of the damage which resulted from targeting the Arab gas pipeline between al-Dumair and Adraa areas in Damascus Countryside.

Eng. Bassam Tarraf, Director General of the Syrian Gas Company, said that the repair works of the pipeline were finished completely on Tuesday dawn as gas has been opened towards the power generation stations in the southern region and work is underway to increase the pressure in order to reach the operational values of the electric power stations.

Tarraf expected that Tishreen and Deir Ali stations will start generating power in the next few hours as the electricity status will significantly improve.