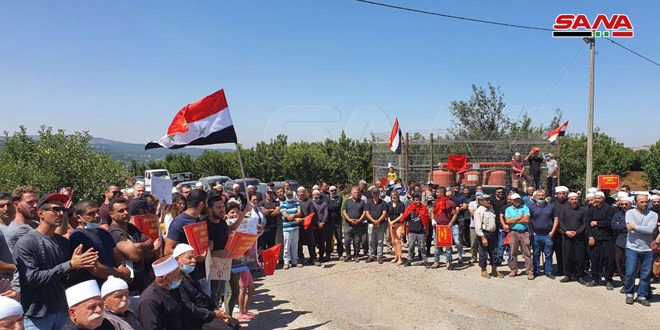 The participants in the protest, held near Ram Lake in the occupied Golan, reiterated their rejection of all schemes by the Israeli occupation, mainly the project which aims at building wind turbines on their agricultural lands and seizing their properties by force.

The participants affirmed that the Israeli scheme is part of a series of Zionist practices and procedures against the occupied Golan’s land and identity, and aims to steal Syrian citizens’ properties.

The people of the occupied Syrian Golan emphasized their adherence to their lands and their Syrian Arab identity.

The Israeli occupation authorities plan to implement a new settlement project through building 52 wind turbines and seizing over six thousands dunams of farmlands belonging to the people of Majdal Chams, Mas’ada, Buqatha, and Ein Qunya villages. 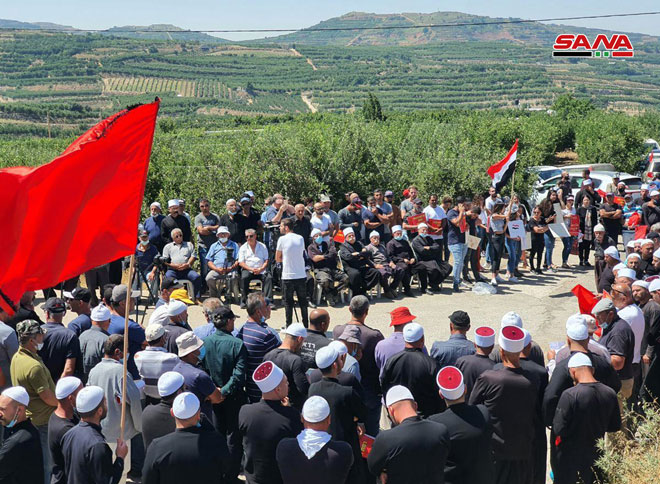 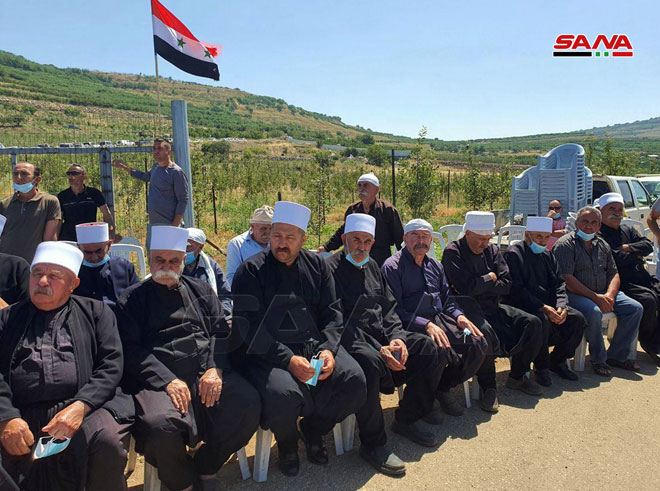