Damascus Opera celebrates the 16th anniversary of its inauguration 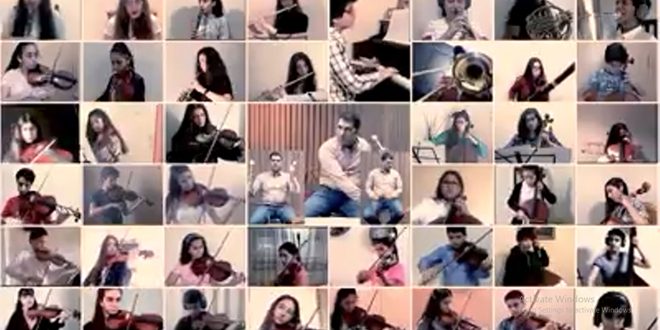 Damascus, SANA_ With a musical performance, the Orchestra of the Musical Institute “Sulhi Al-Wadi” commemorated, through the digital channels and platforms, the 16th anniversary of the inauguration of the al-Assad House for Culture and the Arts (Damascus Opera).

On May 7, 2004 the opening premiere was on the stage of the Opera where most of the current players in the Syrian teams were children or adolescents.

Broadcasting a classical piece, led by Maestro Andre Maalouli, through the digital channels and platforms, aims at conveying a message that educational work, despite all the circumstances, continues to graduate a musical generation that provides the musical movement with creators.

In a statement to SANA, Maestro Maalouli said that the Orchestra liked to share the Opera’s fans in this important event on the Syrian cultural scene.

Maestro Maalouli considered that this work contributes to implementing the objectives of Dar Al-Assad with its new vision for 2020 by supporting children and promising talents and taking care of them.

He pointed out that those children are able to overcome all difficulties and find solutions and alternatives to pursue work and science and convey the message of art.

The work of the Orchestra of the Musical Institute “Sulhi Al-Wadi” was carried out, according to Maalouli, through modern educational methods and techniques.

The next few days will witness new works in addition to opening an official channel for the Opera via the YouTube platform, he concluded.

Damascus, SANA- The National earthquake Center announced that a moderate, 4 degree on the Richter …