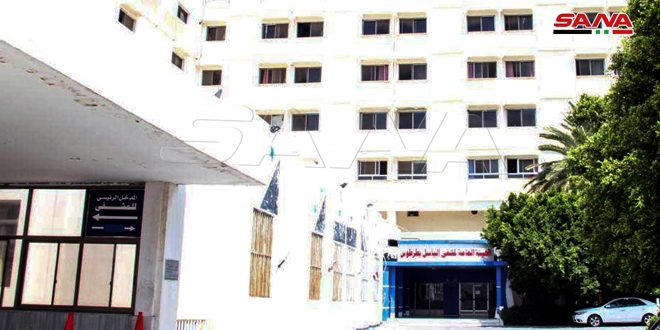 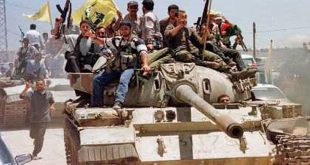 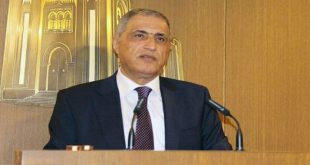 Tartous, SANA – “My daughter was in good hands as soon as she arrived in Syria… she is safe now,” were the words by which Salam Tarraf, mother of Shaza Dayoub, announced the end of long hours of fear and concern over her daughter’s fate who had been the victim of a traffic accident in Lebanon and was unable to receive treatment there due to exorbitant prices. 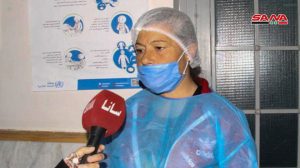 Shaza’s story began when she became the victim of a traffic accident in Byblos area in Lebanon and was hospitalized, but she couldn’t afford the steep fees demanded by the hospital which was around USD 100,000.

This prompted the patient’s family to appeal to the Syrian Embassy in Beirut to help transfer Shaza to Syria for treatment.

The swift response of the Syrian Embassy resulted in sending a fully crewed ambulance which transported Shaza to al-Bassel Hospital in Tartous.

The patient’s mother said Shaza was in a bad condition, but after being admitted to al-Bassel Hospital and receiving treatment she began recuperating.

She thanked the Syrian state represented by the Syrian Embassy and the Foreign, Interior, and Health Ministries, and the staff of al-Bassel Hospital for their help. 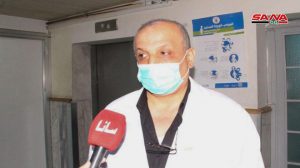 Director of al-Bassel Hospital Dr. Iskandar Ammar said Shaza had arrived in a critical condition, and that she had sustained multiple fractures in the neck and back vertebrae, ribs, shoulder blades, clavicle, and pelvis, in addition to pulmonary contusion and a kidney contusion.

Ammar said the patient is currently in the ICU and receiving the necessary treatment, noting that the treatment will take a long time, but it will be completely free of charge.